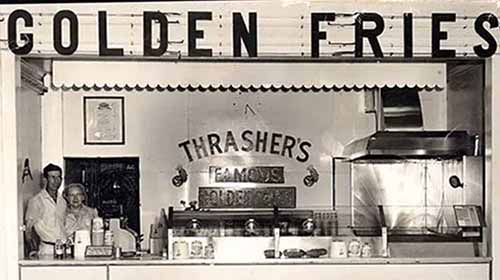 In 1929, a Georgian known as Mr. J.T. Thrasher introduced a unique concept into the business community of Ocean City, Maryland. This creative Southerner proposed a food stand concession which would specialize in only one product: the noble french fry. Meeting with skepticism, Mr. Thrasher, an extremely religious man, forged ahead with his fledgling enterprise. His idea? Simply to produce the best tasting french fry ever eaten—past, present, or future. He did. 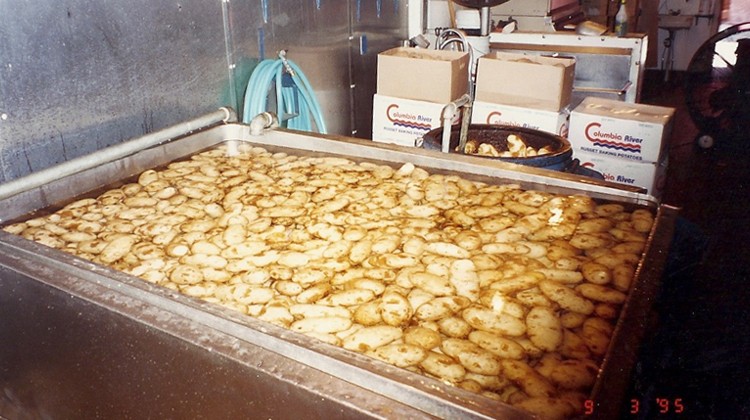 Thrasher originated was based upon quality ingredients, hard work, and—above all—attention to the perfection of each cup of fries. What a discovery! Of the product itself, Thrasher found that only the highest quality potato would suffice. This meant that potatoes had to be bought from different regions, if not states, for different times of the season. Only the best would do for this hard-nosed professional.

For labor, Mr, Thrasher relied upon a group of hard working girls from a Christian-affiliated school in Georgia. The operation was run by these dedicated young women for many years. Boss Thrasher would house the girls in a dormitory above the present Bank of Ocean City. 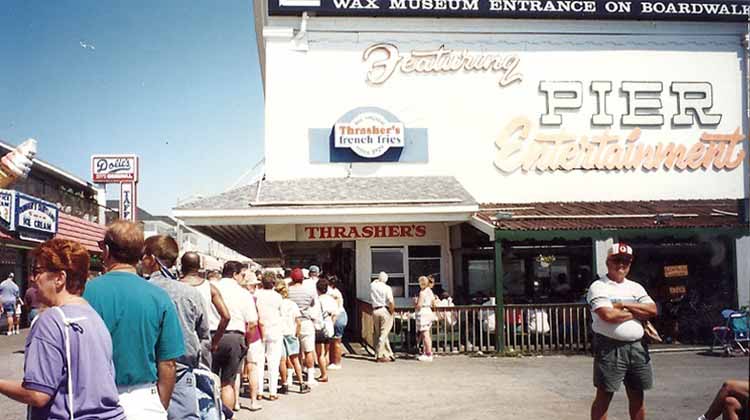 Thrasher’s had been located in the breezeway of the Ocean City Amusement Pier. When forced by his failing health concerns to sell the dearly local business, Thrasher shopped for a buyer who would adhere to his high standards of quality and expertise. This buyer was the legendary Ocean City businessman, Franklin “Crip” Hastings, a self-made entrepreneur who had a good nose for a profitable deal. Hastings moved Thrasher’s to the boardwalk location where it is presently located, yet even through the process of automation and mechanization, the original process and recipe were never altered. There was no deviation from quality, and no deviation from tradition. 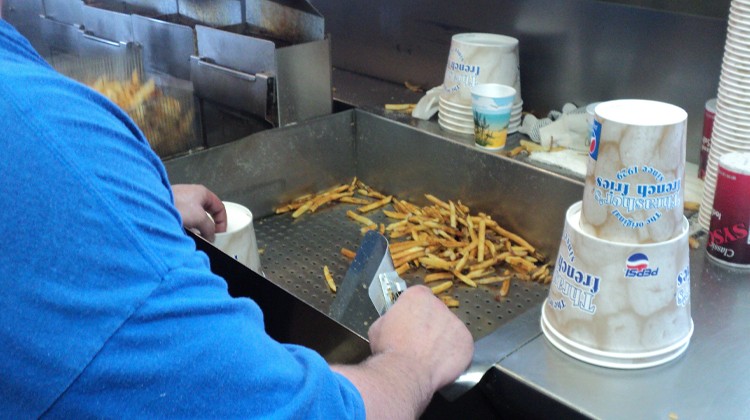 In 1974, Charles R. Jenkins purchased Thrasher’s following the death of Mr. Hastings. Again, Mr, Jenkins refused to alter the original secret recipe or the cooking process in the slightest way. While improving and refining certain aspects of the operation, tradition was adhered to. Thirty-four years later, Thrasher’s French Fries are still under the same management. Quality is still the ultimate goal and only through painful and perfectionist management techniques has the fry retained its superior taste and appearance. 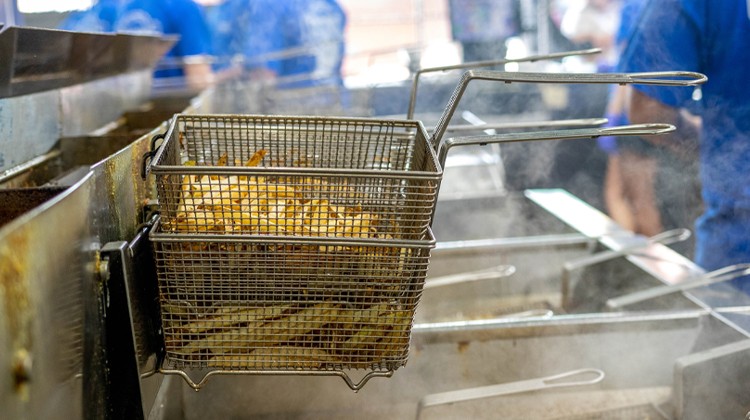 Through five generations and eighty years, Thrasher’s has changed hands only twice. Tradition rules, and quality reigns supreme. There will be no deviation from original procedures or original recipes. Only experience and exquisite attention to detail have allowed Thrasher’s to grow and flourish as few businesses have, and nowhere will more emphases on quality be found. Nowhere will be a better fry be found—anywhere! 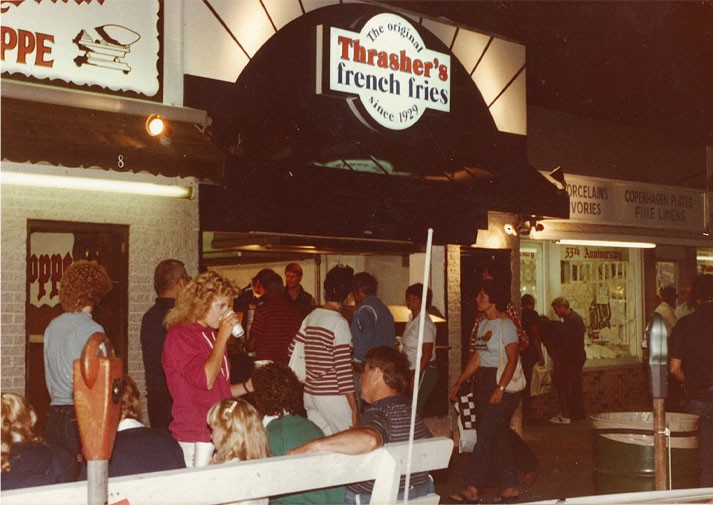 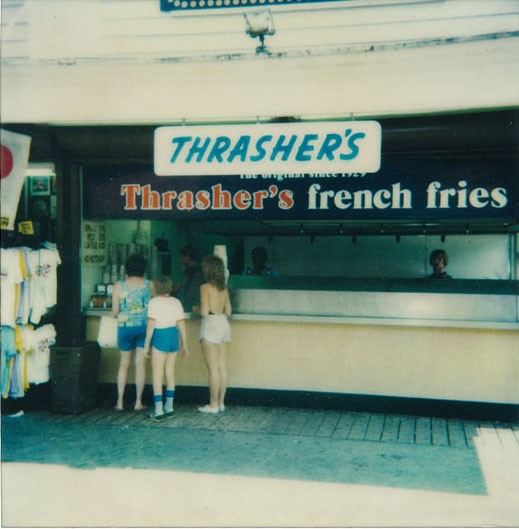 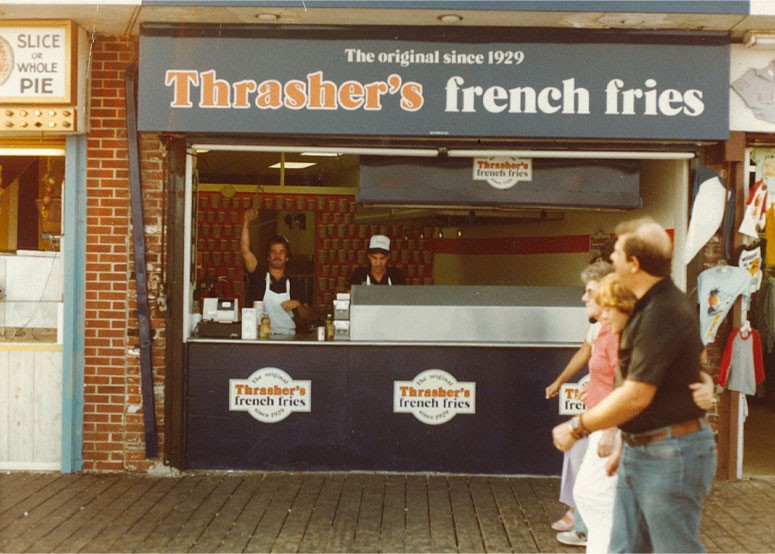 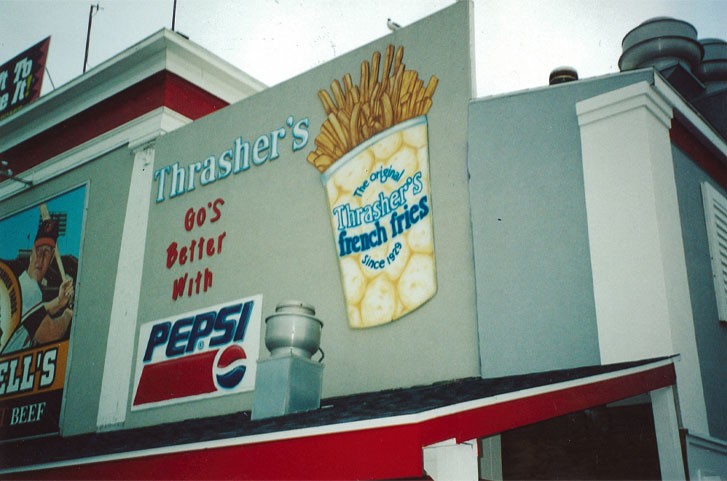 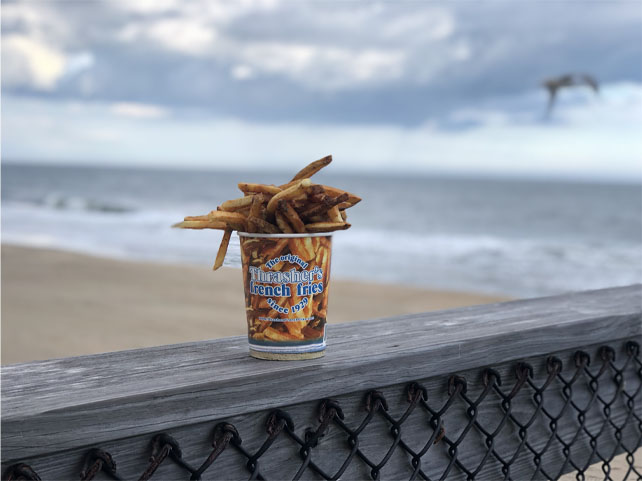 Thank you for your submission.